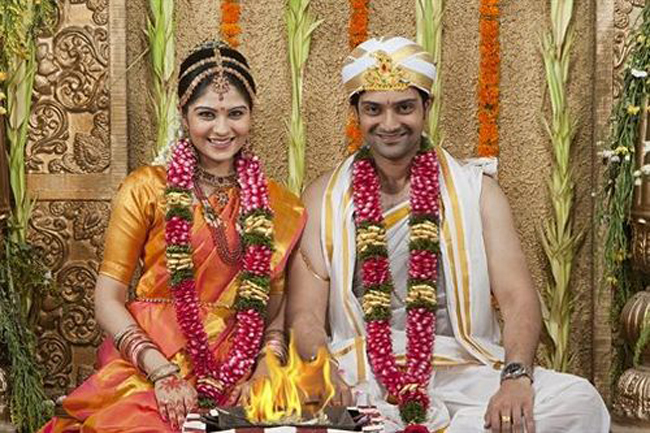 As we all know, the state of Karnataka has a population of people coming from all religion and background. Though the majority of the population of Karnataka is of Hindus, you will also find many Muslims, Christians, Buddhists, and Jain settled there. Unlike other Hindu Matrimony or Christian Matrimony,  the Kannada Matrimony rituals are an easy and a blissful event, which are usually vibrant.

The Kannada Matrimony Ceremony for the Hindu caste is a simple affair. The wedding rituals and customs of Kannada community are usually simple and modest. The major objective is to carry the rituals as per their culture. Below we are listing some quintessential Kannada weeding rituals:

There are many Kannada wedding rituals, which usually begins days before the wedding. The customs are usually held at both the bride and groom’s place.

The pre-wedding rituals begin with Nischay Tamulam. In this ritual, a formal agreement takes place and the alliance gets fixed. After this, the family of the bride and groom organize an engagement ceremony, where both the bride and groom exchange rings. Gifts and sweets also get exchanged between the families.

Another interesting and fascinating pre-wedding ritual is Kashiyatra Tradition. In this tradition, the groom pretends and act like he will leave his family and will go to Kashi to become a Brahmachari. On seeing this, all the family members try to convince him to not leave home by luring him with worldly goods. The groom then cancels his plan to leave home and decides to marry a girl.

The Kannada wedding takes place during the daytime.  The Mandap is decorated with fresh, colorful flowers as well as lights. The wedding rituals start with a ritual known as Var Pooja, where the bride’s father welcomes the groom and wash his feet. The bride then arrives in the Mandap and is made to sit next to the groom. The Kannada bride wears  Navari, which is the traditional wedding attire along with green bangles and jasmine flowers to adorn the hair. Whereas the Kannada groom wears Silk dhoti and Kurta.

The next important ritual is Kanyadaan ritual, where the bride’s father takes her hand and places it on to the groom’s hand. Then he puts coconut and betel leaves on their hands followed by sprinkling holy water. This custom is also known as Dhare Herdu tradition. The groom then ties Mangalsutra around the bride’s neck and takes seven rounds around the holy fire also called yagna. This important ritual is called Saptapadi. This wedding ritual solemnizes the wedding, as after this ritual, the priest declares the bride and groom as man and wife.

After the wedding rites, the food gets served to all the guests and family members. Another interesting thing about Kannada marriage is that unlike other Indian matrimony, the food is served in a traditional style on banana leaves with guests sitting on the floor. After this comes the time of the Grihapravesh, where the bride enters the groom’s house and  is welcomed by her mother-in-law. The groom also gives a new name to the bride and beautifully writes it on a plate filled with rice using a finger ring.

If you are someone who is looking for a perfect Kannada matrimony match, then Lovevivah.com can surely help you find your perfect match.