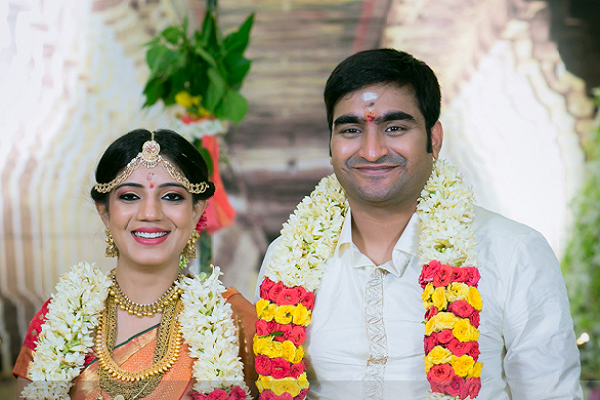 Tamil Matrimony involves simple yet quintessential rituals that have been followed since time immemorial. It is an undeniable fact that traditions and cultures are of prime importance to Tamilians. Though many rituals in Traditional Tamil wedding within the Tamil community have changed a bit over the years, yet they are still being carried out with the same level of enthusiasm and devotion. Tamil marriages are also quite popular for their colorful functions and traditional rituals. The rituals carried out before the actual wedding is usually quite extensive and elaborate as compared to those carried out after. Here are some of the rituals that take place as a part of the Tamil marriage:

1. Pallikali Thalippu: In this ritual, 7 clay pots is embellished using Kumkum powder and Sandalwood paste.  They are then incorporated with 9 varieties of grain, also called Nava dhanyam and curd. These rituals have been performed since ancient times and are mostly performed with great sanctity and belief.

2. Kalyanaponnu: This ritual involves giving a bath to the  Tamil bride to be with pure turmeric mixed with other essential oils. This particular ritual is common in both bride and groom’s house. It is believed that after this ceremony, both bride and groom cannot leave their house and not see each other until the wedding ceremony is completed.

4. Nichayathartham (Engagement): Mainly performed by the bride’s family in Tamil wedding, this ritual starts with a Ganesh Puja. After the Puja, the groom’s family hands over the clothes, jewelry, and gifts to the bride. On the other hand bride’s family gives the clothes and gifts to the groom. Then both bride and groom wear the dress given by each other family. This is followed by groom’s sister applying tilak and kumkum on the bride’s forehead whereas bride’s brother applying the same on the groom’s forehead. Later, bride and groom exchange engagement rings in the presence of their near and dear ones.

5. Wedding Ceremony: After the groom arrives, the bride’s mother washes the feet of the groom with the mix of water, Chandan, and kumkum. The bride then enters the mandap and they exchange the exquisite flower garlands as a part of the ritual, also known as Maalai Maatral followed by Oonjal, known as swing ceremony.

Thereafter is performed Kanyanadanam, when the bride’s father hands over daughter’s hand to the groom for the lifetime. The groom then applies sindoor on the bride’s head and ties a Mangalsutra also known as Thaali around her neck. After this, both bride and groom walk around the fire and take seven rounds around it and with this all the quintessential and amazing Tamil wedding rituals come to an end.