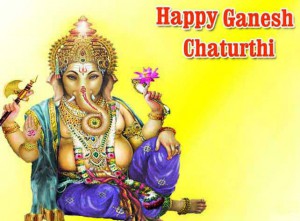 Ganesha Chaturthi is one of the most widely celebrated Hindu festival for the Lord Ganesha. , the elephant-headed. This is also called as Vinayaka Chaturthi in different parts of India. The festival falls on the month of Bhaadrapada and Shukla chaturthi (4th day) of the Hindu calendar. This year is on Thursday, September 17 2015 which is public holiday accross the country. Generally celebrated for 10 days from the starting to Anant Chaturdashi (14th day) of Bhaadrapada month. Now days the celebration includes big clay images of God Ganesha in the puja pandals for ten days worship by the people.

According to Hindu mythology, the Goddess Parvati, the consort of Shiva made Lord Ganesha from sandalwood paste figure which she breathed life. Lord Ganesh tasked for guarding her mother Parvati’s door. At that time Lord Shiva returned and Ganesha didn’t allow Shiva to enter home. So there angry Shiva severed the head of the child Ganesh. The devas found the head of the elephant which lord Shiva fixed on Ganesh’s body. Then he blessed elephant-headed boy back to life and declared his name as “Gana Isha” (Lord of Ganas).

The Gunesh Puja is celebrated in every states of India. It is biggest festival in in states of Maharastra, Goa, Karnataka, Telangana, Andhra Pradesh, Odisha, West Bengal, Gujarat, Tamil Nadu etc. and Southern India. However, most famous Gaensh Usthav is observed in the Mumbai, Pune and other cities of Maharastra state. Also celebrated widely in Nepal, Mauritius and people of Hindu diaspora living in the United Kingdom, United States, Canada, Australia countries. After the 10 day long celebration the Ganesh idols are immersed in water lake, sea beach with officially alocated places by the Govt authority. The Hindus install the images of Ganesha in homes for worship. 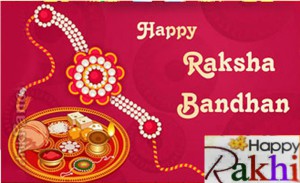 Raksha Bandhan is festival of Hindus which celebrated between brothers and sisters in family. It falls on the Rakhi Purnima and known Rakhi festival in India. It is also celebrated by the Jains, Sikhs along with Hindus in India and by Indian origin people in world. Traditionally on Raksha Bandhan, sisters tie a Rakhi (Sacred Thread) on wrist of her brother. It signify the love and prayers for her brother’s good luck and the brother vow to protect her lifetime. This year the Rakhi Purnima falls on 29th August 2015, Saturday.
The occasion to celebrate brother-sister and family values ties between members to show the social culture of India. On the Raksha Bandhan day, both brothers and sisters with new dress in presence their parents starts in front of a lighted lamp. Then the sister ties the Rakhi on brother’s wrist with a prayer for the happy and prosperity of her brother. The sister applies Tikka on the forehead of brother and make Aarti with Diya. Then her brother pledges to protect her by take care of his sister lifetime. Then after the sister then feeds sweets to brother, with her hands. The brother offers his sister with gifts, clothes, money and jewelery.
The brother wear the Rakhi throuth out day in the school or work, to mark the festival of Raksha Bandhan. In case the sister and brother living the diferent places, then sister can mail the Rakhi before Raksha Bandhan day with wishing her brother happiness through the Postal or courier services. In the Indian culture show the great tradition of the family and social harmony. There are many social functions organized in the school, institutes, offices to celebrate the holi festival.
LoveVivah.com matrimonial services in India wishes Happy Raksha Bandhan to all the Indian brothers and sisters. 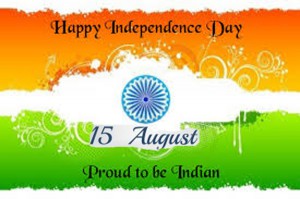 India celebrates the Independence Day on 15 August on every year commemorating the nation’s freedom from the British Empire on 15th Aug 1947. It is observed as National Holiday across in India. On this day, the first Prime Minister of India Jawaharlal Nehru raised the Indian National flag at Red Fort in New Delhi. From tradition, the prime minister raises the national flag and address the nation with speech. This is holiday for flag-hoisting ceremonies, national salutes, parades and various cultural events are arranged in all the states and union territories of India.
Peoples display the national flag on their dress and homes, listening to patriotic songs, patriotic movies and greeting family and friends. The President of India delivers the ‘Address to the Nation’ on eve of 15th August. 21 gun shots are fired in honor of the solemn occasion after the speech, the prime minister development of country. He pays tribute to the leaders of the Indian independence movement. The father of nation Mahatma Gandhi is remembered on the this day with debate in the education institutes. Then the ‘Jana Gana Mana’, the Indian national anthem is sung in ceremony. After the speech of Prime Minister, a march of the Indian Armed Forces and paramilitary forces at the Red Fort in Delhi. Similar types of events organized in all state capitals where the Chief Ministers respective state unfurl the national flag.
Flag hoisting ceremonies are organized in governmental and private institutions India. The children do kite flying with nationalism celebration. The Indian diaspora who are living outside India also celebrates Independence Day across the with lot of pride, parades and pageants. In New York, US cities the 15 August is celebrated as ‘India Day’ by the NRI living in the USA. The patriotic songs in Hindi on TV and radio channels played alongside flag hoisting ceremonies. People wear Khadi hand-loom clothing as the national symbol of freedom movement with India’s various cultural traditions.
LoveVivah.com matrimony site wishes Happy Independence Day to India’s citizens.