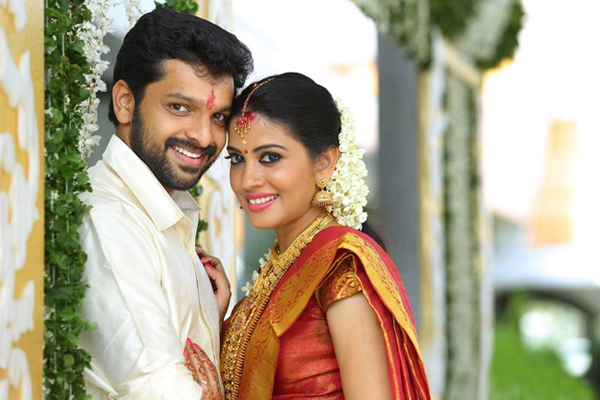 Last week got a chance to attend my best friend’s wedding in Kerala. She belongs to a Malayali family, settled in Gurgaon for more than last 20 years but since the boy and his family were settled in Kerala, the venue for marriage was decided in Kerala. Her parents were too strict about finding a Malayali groom for her and hence they opted for the services from the best of the Kerala matrimony sites.

It was an amazing experience, attending a Malayali wedding, which was completely opposite to the magnificent Punjabi weddings we usually witness in north India. There were a handful of customs and traditions – Simple yet graceful! The entire marriage ceremony could be divided in three parts – Pre-wedding, wedding & post-wedding ceremony.

Exchanging and matching of horoscopes is the first step, usually done by parents of the girl and the boy. Post matching of the horoscopes, engagement ceremony is done, during which “Muhurtham” or the auspicious date of the marriage is finalized using Panchangam (A book that contains auspicious times and dates) in consultation with the astrologers. Post the engagement ceremony, a grand Sadya (traditional Malayali Meal served on a Banana leaf) is served.

The Groom arrives which his family & friends at the bride’s house in traditional attire – “dhoti” and “angavastram”. Bride’s father welcomes the groom him and washes his feet. The groom then hands over the off white sari that has to be worn by the bride for the marriage. The “Veli” or the marriage ceremony is performed around the “agni” (fire). The bride and the groom circle around the sacred fire thrice. After the sacred rounds around the fire, bride’s father ties the “Taali”, which is strung on a yellow thread around the neck of the bride. Thereafter the bride’s father gives her hand to the groom in a ceremony called “Kanyadaanam”. After the Kanyadaanam, “Sparsham” takes place wherein the groom sits in front of the bride and tilts his head backwards, to touch her forehead. After this the girl offers “Laja” (puffed rice) to the fire to the chant of various mantras. Her palms are placed in groom’s hands and she performs the “hom”. After this, the groom lifts the bride’s foot and places it on the “Ammi” (grinding stone) which signifies breaking of her ties from her old family. The groom then moves the bride’s foot forward seven times with his hand symbolizing her entry into his family.

After the wedding a grand feast is arranged. Then the bride leaves for her husband’s home at a chosen auspicious time, after taking blessings of her parents and all elders present at the venue. “Grihapravesh” ceremony is performed at the groom’s house to welcome her arrival. As she reaches her new house, the women at the groom’s house perform ‘aarti’ to cast off evil eye.