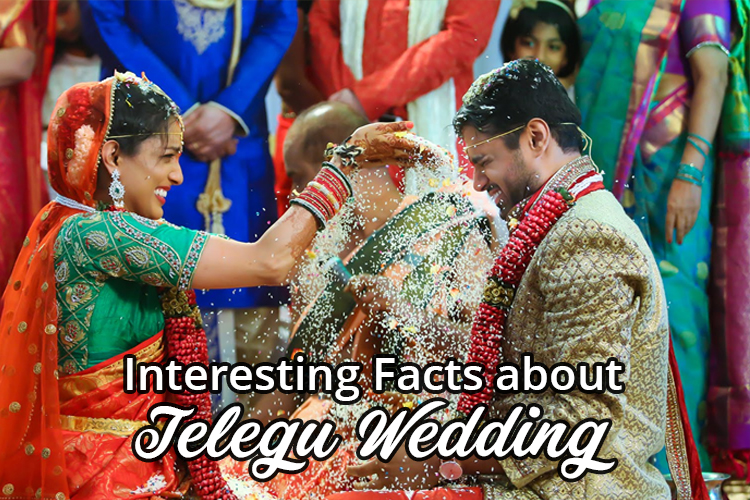 Some interesting facts about Telugu Weddings, for this matrimonial site

1) Traditionally, these ceremonies lasted for sixteen days. These days, the ceremony lasts for just two or more days;

2) Matrimonial customs are performed depending on the caste of the Indian bride and Indian groom;

3) The families of the Indian bride and Indian groom personally go to guests’ houses and invite them with ‘kumkum’ (colorful, red powder);

4) In one of the pre-matrimony ritual, the Indian groom takes a holy bath, (known as ‘Snatakam’), few hours before the wedding. This bath marks his ‘graduation’ from bachelorhood to the householder. After the holy bath, the groom wears a silver thread on his body;

5) In another pre-matrimony ritual (known as ‘Kashi Yatra’), the groom declares celibacy and expresses his intent to go to ‘Kashi’ (also known as Varanasi) to pursue higher studies. The Indian bride’s brother stops the Indian groom, pleads him to reconsider his decision, requests him to marry his sister and become a householder. This ritual is light-hearted, involving camaraderie between the Indian groom and his future brother-in-law. The Indian groom, of course, agrees to marry his Indian bride in the end!

7) On the morning of the matrimony, the Indian groom performs the ‘Ganesha Puja.’ The Indian bride performs the ‘Gauri Puja.’ During this time, a ritual known as ‘Pravara’ is performed. In this ritual, the bride’s clan (‘gotram’) is changed from her father’s to her would-be husband’s;

8) Traditionally, the Indian groom would ride an elephant to the ceremony (‘GajaArohana’-arrival on an elephant), but this practice is declining with the passage of time;

9) During the matrimonial ceremony of ‘Kanyadaan’ (or giving away the bride), the Indian bride is brought to the wedding venue (‘mandap’) by her maternal uncle in a bamboo basket;

10) The Indian bride’s parents wash the Indian groom’s feet (who for matrimony, is considered the incarnation of Lord Vishnu).

11) After ‘Kanyadan,’ the bride is accompanied by ten married women. Six of them carrying plates of sacred rice (a mixture of rice and turmeric powder), while the remaining four carry small lit lamps. Rice for abundance and lit lamps for light.

12) There is a curtain that separates the Indian bride and the Indian groom, who are not allowed to look at one another;

13) Between recitations of wedding hymns, the bride and the groom place on each other’s forehead a paste of jaggery and cumin seeds, symbolizing the eternity and strength of the relationship;

14) The Indian bride and the Indian groom then pour the sacred rice on each other’s head, while cupping their hands to hold the rice as the priest recites wedding hymns.

15) The Indian groom adorns the feet of his bride with silver toe rings. He bends down to slip these rings on her toes, thus claiming her for himself.

16) Both the bride and the groom are shown double stars representing the union of Arundhati and Sage Vasista, who epitomize the perfect couple.