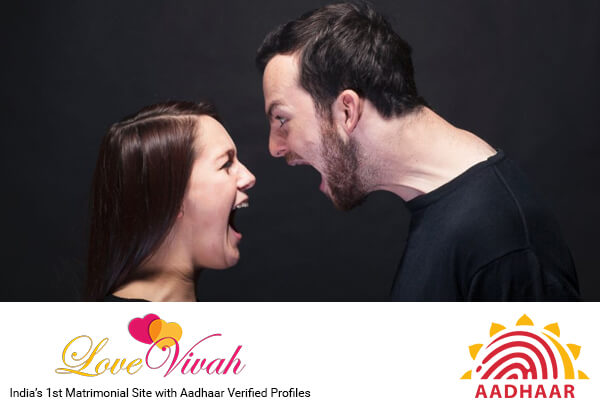 There is no single marriage where you don’t go through stressful moments, fights and arguments. Such stressful and tensed moments between the couples should be handled with calm and constructive talks that dissipate stress level and increase your bonding. Or you are fighting just to win the argument no matter what you are saying to your partner to win the fight. You should always remember that happy couples are not those who are not fighting, but those who are fighting fair and self-evaluate their single word before saying it. Let’s take a look at a few mistakes that you should not do while fighting with your spouse.

Don’t fight in public: This is one thing you should not forget and follow as mandatory rule of your married life. You should never fight with your spouse in front of public. It is not only embarrassing for you as couple, but creates awkward situation for all. If it is in front of family, friends or neighbors, nobody wants to see the fighting couple. Anyway, a public fight will never give you any advantage, neither you will be able to solve it publicly. Therefore, it is advisable to avoid fighting publically.

Never fight in front of your kids: Make it a rule that you should never fight in front of your kids. Your kids are not supposed to see the heated moments. It scares them and gives them a feeling that there is something wrong between you and your spouse. It gives them a sense of insecurity and uncertainty in the relationship. These little kids are not mature enough to understand the heated arguments and the reasons behind that.

Don’t fight to hurt other: When we fight, we always forget that what we should say and what not. It is more about winning the momentary arguments at any cost. That is not the right way of fighting. During such heated arguments, you forget to filter your words and you said many things you never want to say or not meant actually. So, don’t fight to hurt the sentiments of your partner.

Fight for a reason: At times, when we are edgy and irritated, we easily got sparked up. In such kinds of tensed and edgy mood we easily get into any heated argument without even realizing that we are not fighting or arguing for the right reason. In such stressed and tensed situation try to avoid any discussion or talks which could easily turn into heated argument.

Always get ready with stop button: If you think that your fight is taking another direction or you are diverting fight from the actual point, it is better to press for the stop button. It is not fair to drag multiple things and points in your fight all the time. If you are annoyed or angry over single issue on a particular day, then be clear and talk about that only, don’t drag dead topics in between.

Don’t involve your in-laws: It is between you and your spouse, no third person should be involved in your fights unless or until the things are out of hand. Stand for your words and speak up your mind, but don’t go for the blame game in your fight. It is always easy to sort out the issues together, rather than involving the in-laws and giving it altogether a new direction.

One thought on “Are You Fighting Fair? Beware Of These Mistakes While Fighting With Your Spouse”