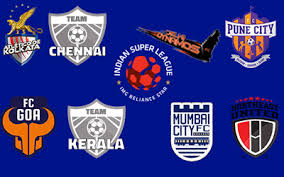 Indian Super League or ISL is a professional football league by AFC in India. It is one of the best football tournaments in India to encourage the football spirit of people. The league created in model of Indian Premier League (IPL) Twenty20 cricket franchise and Major League Soccer of the USA. It has eight teams franchise from across the India. The 2014 ISL season is officially known as ‘2014 Hero Indian Super League’ which title sponsor is Hero Motocorp Ltd. The football tournament started from 12th October 2014 which will continue till 20th December 2014 for the current season.

The All India Football Federation (AIFF) had signed a 15-year deal with Reliance Industries along with the International Management Group of the US. The AIFF also completely approved the IMG-Reliance for IPL-style football league in India. On 21 October 2013 the Indian Super League was officially inaugurated by AIFF, IMG-Reliance and STAR Sports (TV partner). In 2014 it was started on 12 October 2014 at the Salt Lake Stadium in Kolkata. The STAR Sports is announced as the official TV broadcast the ISL in India. Hero Motocorp won the official sponsor campaigning of ads for Indian Super League in India.

There are 8 teams selected for the ISL league which are based in cities like Delhi, Kolkata, Mumbai, Chennai, Goa, Guwahati, Kochi and Pune. These are following team name, City base and home stadium are the above eight teams.

ISL league will help to improve the football playing environment of the Indian youth in the Internationals level. Everyone knows football scorer is most popular sports in the world with FIFA the largest sports organization of the planet. LoveVivah.com team is wishing best of luck to the 2014 Indian Super League to take India football to the global standard.