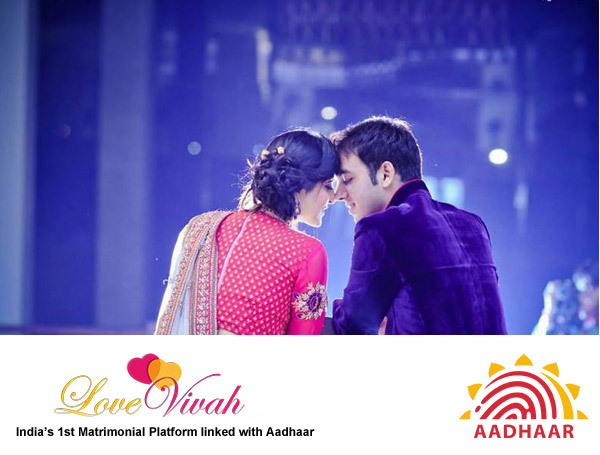 Pankaj is highly educated & working with an MNC in Pune. He is true foodie and his day starts with food and ends with food. He is smart, intelligent, good looking and still single. His whole family is worried about his marriage and they want him to settle down now as he is 30+ years old and for them too old for marriage. For them, it is tough to find a suitable match for him as in their community because of his age. He belongs to Jain community and for them 30+ years is the age where you don’t find a match within community easily. He is not much worried about marriage because he knew what he wants in life and his kind of partner and he is no mood to settle down with anyone rather preferred to wait for the right partner. Without telling his family, he registered with lovevivah.com, a matrimonial site.

Sonam is from a business family, beautiful, mature and introvert. For her, the world revolves around her books and music. She is a true book worm, who buys a new book every another day and try to eat it out within a day. Whereas, Pankaj is one who never likes to read even magazine, for him reading books is wastage of time and his whole world is about his gadgets and food. Sonam’s parents created her matrimonial profile with lovevivah.com to search an eligible life partner for her. They came across the profile of Pankaj, who was also registered with lovevivah.com. They sent an interest and waited for his response, as his profile appeared quite decent and he was meeting their expectations of perfect partner for their daughter. Pankaj accepted their interest and had small conversation with Sonam’s father. They asked him to share his father’s number with them, so that they can take this conversation to next level. He shared the number with hesitation because his family was not aware of that he had registered with any matrimonial website. He instructed them not to share this information, but tell their parents that their family friend told them about the proposal.

Next morning, her father called Pankaj’s father, as the phone rang Pankaj got nervous as he was not sure whether her father will handle the situation well or tell his parents that they found the number from matrimonial site.  His parents were not in favor of finding the life partner through matrimonial site as they believe that most of the profiles are fake. But, her father handled everything well and he took a sigh of relief. Pankaj’s father fixed the meeting for the coming Sunday and assured them to visit their home.

He was really excited because he liked the profile of Sonam and found her just perfect. A beautiful, simple, intelligent and homely girl, quite different from him and his extrovert nature. On Sunday morning everyone was quite excited because they were going to meet the would-be bride of Pankaj. They started for Sonam’s place around 11.A.M in the morning and it took around 1 hour to reach her place. All the way he was busy in thinking about her.

They knocked the door, Sonam’s younger brother opened the door and welcomed them. They served them snacks and juices like typical Indian marriage set up. Pankaj had many times gone through this, but this time he was feeling butterflies in his stomach and a kind of sensation, which he never experienced earlier. They called Sonam in the room. They introduced her with Pankaj and his family and asked them to spend some time together as typical parents to know each-other. Pankaj was excited because he very much liked her profile and she was no doubt looking more beautiful than her profile picture. For the first five minutes there was pin-drop silence. Then Pankaj, break the silence by asking her some common questions and then the conversation started. From the fumble of words to long healthy conversation within an hour, he feels some connection with her. Their parents asked for their decision, Pankaj said YES, but Sonam as her nature asked for some time to think over the same. One week passed no reply from their end. Pankaj got anxious and nervous. He asked her mother to make a call, she said we were the one who called them for everything, so if they are interested they will themselves make a call to tell their decision. Pankaj dropped a message at Sonam’s Lovevivah matrimonial profile with expectation of a reply. This time, it was Sonam who as online not her father. He asked about her decision, she replied that she was still not very sure and wants to meet him alone once again. He said it is fine with him just let him know the place and time, so that they can meet once again. She asked him to come to a nearby restaurant, but without telling this to their parents.

On Sunday, they met in a restaurant, where they talked more than two hours and shared a lot of things about their interest, hobbies, liking and what are their expectations from each-other as life partner. Sonam, this time found Pankaj very honest and down-to-earth guy, who is very focused and sure about what he wants in life. Whereas Pankaj found Sonam, exactly what he thought about her, simple and very caring. This time, Sonam had no confusion regarding her future and about Pankaj, found him perfect. Pankaj dropped her near her home and before leaving asked what she thought about him and their relationship. She said, you will get a call from Papa. Now, he knew the answer and was happy about his decision of meeting her once again.

The moment he reached home, her mother told him that they got a call from Sonam’s parents. They mutually fixed a date for marriage. Now, Sonam and Pankaj are happily married and Pankaj thanked Lovevivah for making his search journey easy. He was sure that he will meet the girl he was looking for and Lovevivah realized his dream of meeting the perfect partner without any barrier of age, religion, education and family background.